Off we go! All packed posting warrior travel madman to Portsmouth suburb Havant to see Alex and Graham T. {edit: Mystic/Noankers, yes, that is the one I am talking about}. Graham is traveling the Continent but should be back in a couple of days. Maura and Sarah buy me a pint of lager and a Guinness at the last resort pub and even a pack of Camels. Pictures taken outside Smoker’s Paradise and one even with a Bobby who couldn’t have been more than 19. Tube to Morden, last stop in London, very south, and walk 45 mins to Route A3 (oh A3!). The forecast from BBC2 is clear ‘til the weekend so everything should be fine.

A3 is like I-95 but everyone drives 80 MPH and the cops don’t bother “until you are over 90” the first of six drivers tells me. He was really cool and had traveled US, Australia, New Zealand. Says England is the toughest for hitching. Fifteen miles later, he drops me off at an exit and I walk with thumb out for easily five miles before a truck stops for me.

Two 22ish males, listening to house music and asking me about the States.

Seven miles with them and I walk, again, three miles, and a really nice sports car, like a Jag or something, stops for me with a tie behind the wheel. As I run to catch up to the car, my small pack pops open and spills its contents on the highway and grass. All I lost was my new cassette of Unknown Pleasures. I managed to recover two shooter bottles of vodka.

He drives about 20 miles and lets me off at a gas station where I get a cup of Java and put on my rain poncho as it is raining (Great! Thanks, BBC!). I then walk about three more miles when another car stops.

Young guy with a tie but not living that life as his car is full of shit, beer cans, sleeping bags, etc, and even “a cooker or two”. He drives about two miles to a pub where he is meeting his friends at now 10:30PM. He gives me a smoke and tells me how to get cheap reliable cars in Brixton and even in London.

Walking in the rain dark night on a Ledyard backroad that is still somehow the A3 but a far cry from the 90MPH I-95 section and I get about another mile when an old guy stops for me. He was fucking nice as shit, telling me about the dream house he is building and a story about a soldier he picked up once and how he was impressed with my canvas rucksack. He drives about five miles to the town that he lives in and apologizes for not being able to bring me further but he has to get up in the morning to work and he is beat tired. Tells me where to stand to get another ride and wishes me a Happy Christmas.

Short 300 yard walk when a car stops and the passenger gets out and yells “Do you want a ride?” Of course I do, you stupid sod! I get in and there is a guy in the back seat and the driver straight right off asks me if I have any hash or grass. No, do you? No, but we are going to get some, where are you going? They bring me almost to Alex’s door and all the while they are talking all paranoid of cops!

11:10PM and I knock the knocker on the door, #7 3rd Ave. Alex’s mom answers and invites me in and THEN realizes that I am the guest that Alex is expecting! She gives me a letter from my mom, talking of tragedies and all all all from home and I am glad that I am not there. Baked beans, toast, and tea comes in and is devoured by me like an animal while she tries to have a pleasant talk and calls Alex at his friend’s house. He shows up and actually gave me a hug and we sit around talking until almost 1:30AM.
{edit: scribbled numbers at the top of the page sum to 66 miles, so not a bad estimate for 1989!} 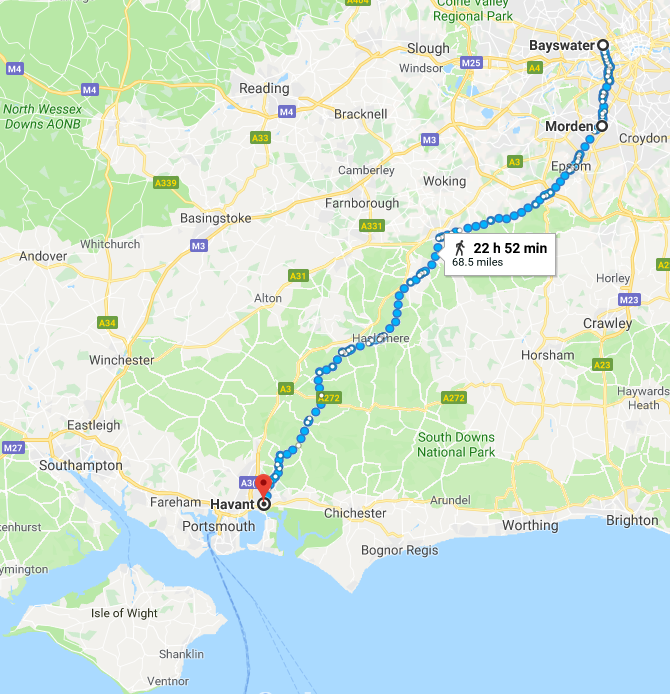