Maura and I went to a place called “The Station” tonight to see a Blues band made up of two ex-Yardbirds and two other guys. Very good. Skinny blonde white guy belting out deep South accent of old black man.

Four pints drunk and out to find Taco Bell way on the other side of London before it closed. At first Tube stop, Maura tries to steal my beret, so I warn her not to by picking her up and putting her down, but no! She tries again, so I pick her up and slam her down and she hurt her left knee. I felt bad.

Man, these cigarettes are mean. My whole chest hurts and I can’t breathe deep at all…no laugh.

Taco Bell was great, so we went to Burger King to get soda. Maura is in line and this English fuck starts talking to me about her and he proves right off that he is a serious wanker and ugly to boot.

Back to the flat and the others are watching “The Shining”. Into bed and everyone is amazingly tired but restless, so we just keep talking and joking on each other. Maura starts threatening to tickle me and I spazz and jump onto her bed and we start wrestling and I slam her head into the wall, but she said it didn’t hurt. I felt bad again and when the light came on, I had knocked over a wet ashtray and it went all over her clothes pile, so now we have to do laundry tomorrow.

Night brings Indian food bland bland tasteless. The Calsberg was warm and flat like leftover keg party beer, so we went to the Rodane (our last resort pub) for a single pint each, which soon ended when Samantha and Cute-Or-Not showed up and we got hammered. Julie and Jill talking about how horny they are and tattoos. Julie talking about her ladybug on her upper right thigh and how she is thinking about getting another one on the left, but much…further…up. Wow. Eventually, she finds a room full of toilet paper rolls while on her way to the bathroom. She comes back to the table insisting that we hit it on the way out and so we did, after four or five pints.

On the walk back to the flat, Julie and I start horsing around and she drops to the ground and I lean over to pick her up, but WHAM! Out of nowhere I am suddenly up against a car, being held down by a Bobby without a tit on his head and he’s talking about bringing me in and it is a £20,000 fine for leaning on cars (that he pushed me into!) and going on about rapists and murderers and how I fit in with them. Julie is too drunk to get up, so another Bobby helps her up and starts going off on me and I am almost pissing my pants in fear. Eventually, Julie and the others convince the Bobbies that I am not a rapist and that we are all friends, so they let me go with a stern warning. That pretty much killed the night, but we came away with about 15 rolls of toilet paper.

During the day, I took Maura’s Walkman and Rich Martin and Michael’s tapes and went to the British Museum to see Lindow Man and the Rosetta Stone. James Brown blasting as I find Lindow Man with the cord still around his neck and it was amazing to see.

All this old old older than old stuff everywhere and I cannot help but smile as I walk around aimlessly and thanked three Buddhas (one of which was two-stories high!), but never found the Rosetta Stone. 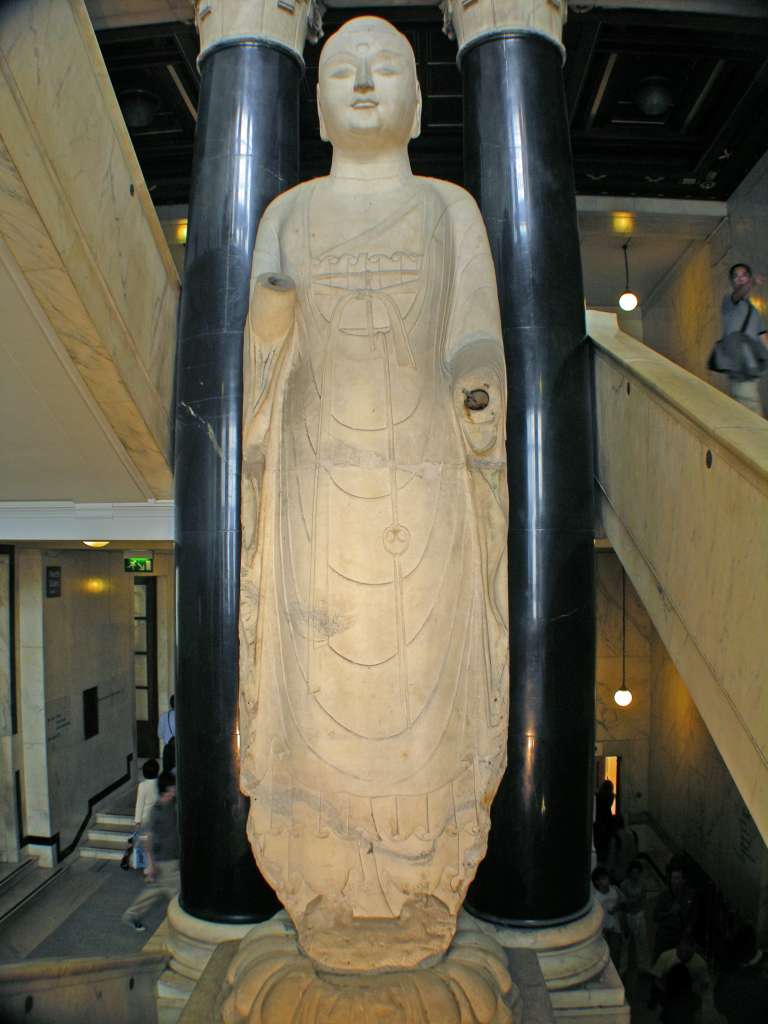 Night finds us going to see three horror flicks: “Basket Case”, “Motel Hell”, and “Texas Chainsaw Massacre”. This was no ordinary movie house. They served beers and it was full of punks and the walls were covered in pictures, painted on cartoon-like, about movies and movie stars and all all all nuts.

Maura brings me to Camden Town to see this big street market for weirdos. Weirdos is right. All kinds of drug paraphernalia and items and weirdo clothing and Tarot card readings and it was like walking through some third world country.

Into, of course, a pub. The Camden Town Free House. Stella, free jukebox, friendly people and we have five pints each. 6 o’clock and we are back in the flat, Maura working on her journal.

About two hours later, she emerges from her room and says we are going to a transvestite bar. So off we go!

On the Tube to the place, a bum sits down next to me with a half-empty bottle of Strongbow cider and asks me for 10p. I have absolutely nothing, so I ask him for some money or some of his beer. He took two mighty hits off it. I thought he was going to empty it, but he saved some and handed the bottle to me, so I downed it as he starts asking everyone on the train for some change. He comes back with nothing as our stop is approaching and I thank him for the cider and wish him luck and shake his hand and gone. Fuckin’ bums.

The transvestite bar turned out to be an Irish pub with a shitty band, unfriendly people, and bad beer. Out we go back to Camden Town to check out a Blues bar we saw earlier, but this turned out to be a biker bar, so we went back to the Free House, which is right around the corner. It was packed! Every type of person was there, all grooving out to Bob Marley & The Wailers. Love that place.

Second “last call” bell in the Free House and I am almost done with my pint and there are assorted half-dead pints on the table in front of Maura and me. Another bum comes over and slams a plastic bag with “kippers” in it down on the table, asks me for a cigarette, sits down, and starts stealing “my” half-dead beers. So I tell him that I saw them first, but I’ll split them with him, so he agrees and the table soon goes dry.

In the street, Maura comments on how she can’t believe that I am stealing bum’s beers all night, and I tell her that wherever there are bums is my home.

At the Tube stop waiting for the train, I start going off on everything and everyone and start talking to “Spanish” man who claimed “No hablo” but really looked English and I scared this chick with pink hair and her boyfriend off a bench so that Maura and I can sit down.

Back in the flat, up ‘til 3:30AM with the girls going off with girl talk and I just wanting to die because it is so graphic and gross.

Suddenly it is the tenth and I am supposed to be leaving London today! Tomorrow.

In the Free House last night, I saw my Moroccan friend from Ashe’s and he came over and got a big kick out of seeing me in Camden Town and we laugh and say good-bye again. Small small world.

The silence of a Sunday night, as papers take form and “I can’t do this” is mumbled and somehow it all gets done and earns a B. Every Sunday is the same and sometimes on Monday also.

Today I cashed another damn traveler’s check ($100 = £59) and the bastard money changer shorted me £5, so I went back to the booth expecting to hear “Well, you can’t prove I didn’t give it” but didn’t even get the chance, as “the shift has changed” and he was gone. Lesson: count your money.

I decided around noon that I would leave tomorrow, so I packed the pack and even put it on and it was very comfortable and even lighter as I removed the hard-covered journals that I stole from the Coast Guard Academy and it felt really nice and tomorrow I will hitchhike to Havant Hants, Portsmouth, wherever the fuck that is.

The day of the Museum, I received a letter from Rich Martin. That was really great. Someone misses me. All goes shitty for our group and I am glad not to be there.

I just realized that this is the first day in about a month and a half that I did not have any, not even one form of alcohol. No DTs. No worries. {edit: there was a day back in Ireland, I think, but still, that was several weeks ago at this point}

Maura and Samantha staying up late writing studying smoking talking. I go to 7-11 to get smokes. All night they kept talking about Hob Nobs and chocolate, so I pick up some and find a late night chip place.

In 7-11 in front of me in line is a tie (1:30AM Sunday/Monday) buying two huge bottles of Perrier and some tuna fish sandwich thing and he looked like he had been thru Hell. Behind me was the scariest evil death chick that I have ever seen. She kept getting out of the queue to get something else and when we got to the front, she ran to put stuff back. It seemed as if she had to work to breathe in, and the scary part was that she had a cross carved into the middle of her face, like Manson’s swastika. Man, she was scary. Into the chip place and the three guys working there were just going completely nuts having fun. They gave me “a lot” of chips and they were really good. Night people, mostly, are more friendly than day people.

Earlier, down in Samantha’s, all work stopped as some Rolling Stones in Morocco for Christmas special, or some such crap, came on the telly. Samantha started dreading up my hair even more, so now I have like twelve of the bastards and still have space on the back of my head for more.