Mudhoney last night. First band, The Dark Side, and then Mega City Four followed. First band was pretty lame. 2nd was OK, but not worth the Death Violence crush pit that went on. Mud Honey… 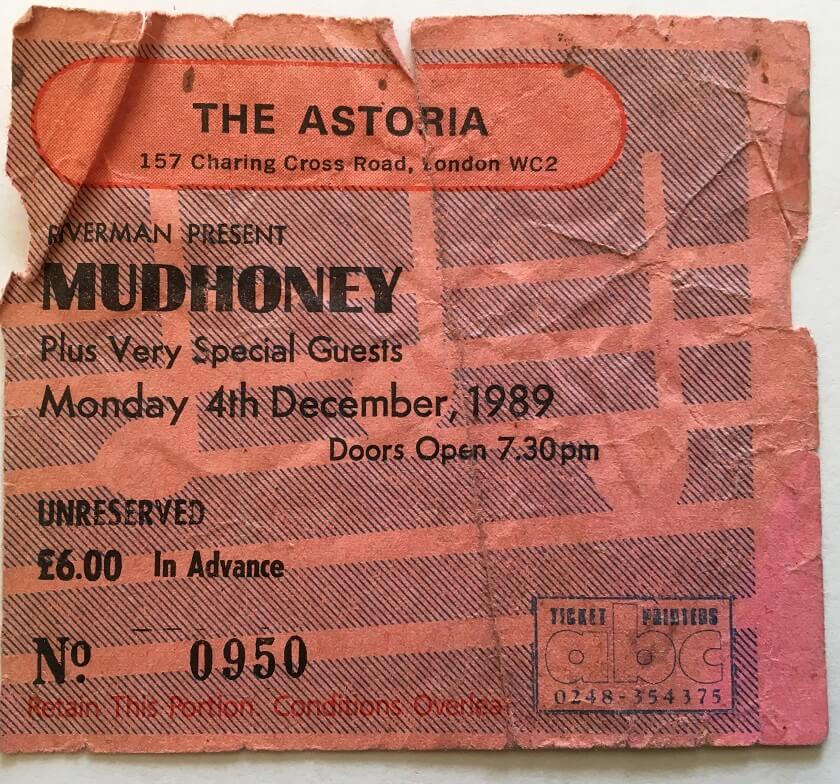 Andy, Maura, Samantha, Jill, Julie (crazy Julie), some other girl from downstairs, who is one of those girls that you can’t tell if they are cute or not, and me standing in front of the middle stage with barricade.

BOOM! Out of nowhere comes MCF and the crush just materialized with the first note and only got worse. Beer, just bought, flying everywhere and by the end of the first song only Samantha and I remained (I buffering her from a bruising, crushing wall of death-flesh) and stayed for the whole long, tiring show, getting stage dove upon and I almost in a fight with long-haired drunk who tried to use me to climb onto the stage and me elbowing him down “Fuck you” “FUCK YOU” the simultaneous grab and death stares his saying “I’m gonna hit you” and mine saying “That’ll be the last thing you do tonight” and really fucking meaning it and he backed down and every time he came near me I would punch him in the ribs.

Soon the stage diving got to be too much as Samantha went down once and me twice and both of us getting kicked in the head by combat boots and at the end I had a fat lip and bloody ears. So I would knock wannabe divers over the barricade slam on the floor and grab airbournes by the shirt and throw them honest to god down wham on the floor, more than a half dozen of these, and man was I fuckin’ pissed off and started yelling between songs that stagediving was for 15-year-olds and pussies. Show’s over. Julie at last report was piss drunk and no one knows where she is.

Home we go and within 20 mins Julie comes through the door with The Dark Side and their manager and sound guy and two girls, one very cute, and hash cigs blaze and cups of tea for everyone several times and even PB&J on peta bread. Very quiet fast (1 hour) post-gig party and to counteract the hash the manager blows a line and they are gone out the door into the night.

On the Tube coming home, it is me and four girls. Three drunk and high punks target the girls. No way, muthafucks, I’m still pissed off and pumped up and sober! Mild harassment as we four males sat facing they four females and not to claim to be a hero but just doing a saint’s job let the bastards know that they were going to do nothing. One did not get the clue and followed us off the train and claiming to be in love with Cute-Or-Not and I stop walking and wait for them to catch up with me and he sees me and knows now that I mean it and runs back towards the train. Not out of the station yet but up two long escalators and BOOM he is there bugging her again but soon leaves. 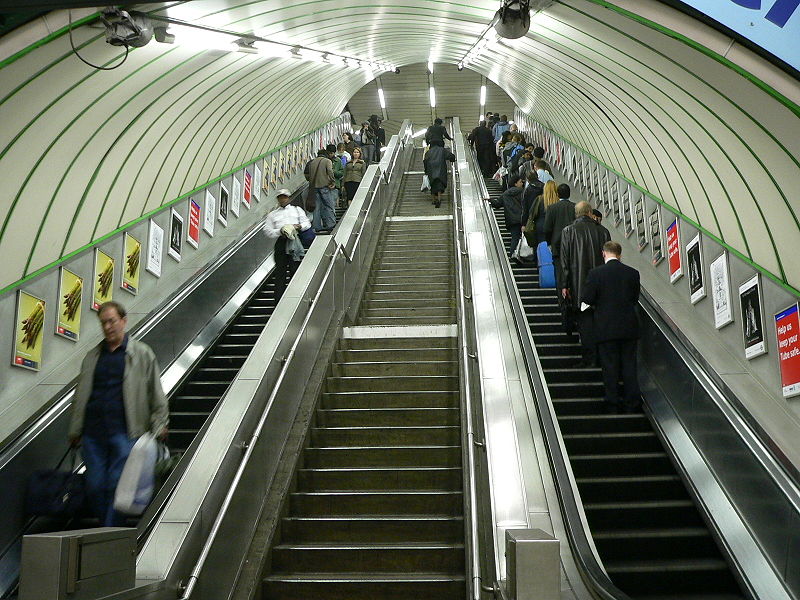 Today I found the spiciest pizza (Prima Pasta near Queensway Tube stop), Americana Hot. I looked for my next JK book as “Logic” blows but only found “On the Road”. Into Tower Records for a “Bible” tape of Faith, or 17 Seconds, or Joy or NO and came away with Closer and Unknown Pleasures. The full Bible.

Postcards wrote and off to see where Jack the Ripper ripped. What a poor depressing area. Death and murders going on to this day. Bums sleeping under parking garage lip and it would be very easy to “lose your shit” and go totally psychotically crazy living here…even today. Doomed out old abandoned school rising up out of junk field with light blue night sky and low white puffy clouds racing by…even the clouds did not want to be here…and the guide tells us that last month a bum was killed inside so I made Samantha take a picture of it because it was spookier than the spookiest thing Hollywood could ever dream up because this was real and Jack lived not three blocks from it and you could still feel the coldness loneliness mad craziness violence of his atrocities.