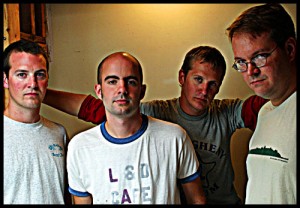 Highlighter formed in the fall of 2002 when Todd Fake asked Alex Pellish whether he’d like to jam with him and his brother Shawn. Portersville had disbanded and Century Project had ended. Jeff Sterling, who had played bass in Halcyon Days, was also brought in.  Highlighter was fronted by Alex Pellish, who had anchored the majestic 1980s/90s bands 17 Relics, Portersville, and Vera from Alice, and who is now running Sodium Lights.

They assembled about 12 songs quickly for a live set and played the El N Gee, primarily to friends as a first time out. After a few months Jeff left and Highlighter asked Tim Grimes to take over on bass. In the winter of 2003 they started recording a demo, initially with the idea of putting out a local release. The recording started as Todd left for a skiing trip to Utah. Figuring they couldn’t practice that week, the other three recorded all of the basic tracks with the intention of surprising Todd when he returned.

Although a few early versions of some of these songs floated around on CDR copies, the recordings only yielded the song “Emerson,” which was released on the Towers of New London Volume 3 before the band decided to scrap the project – partly out of thinking the drums were poorly recorded and partly because their set had changed dramatically and they were no longer playing some of the songs out live that they had recorded. 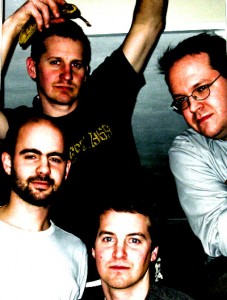 Highlighter were a local band, as they only played within New London County. They helped close Station 58, often headlined the Bank Street Cafe and played live on WCNI but never packed up the equipment for the road. The band ended amicably in the summer of 2005, as it had run it’s natural course.  All the musicians went on to other projects.

In 2009, Alex decided to complete the 2003 recordings.  He says, “I’d learned a lot about engineering and upgraded my set up and I also felt that these songs never saw the light of day.” There were a few 2009/2010 touches done (some new vocals and some editing) but the majority of the material is from the winter 2003/04 recording in Todd’s basement. The whole band was enlisted in the completion of the project, lending input and editing ideas as the mixes were coming together.

It is compelling, an emotional music that rages through pop, yet delights with melody, and propels us through some of the best, most terse and polished song-crafting heard in a long time. 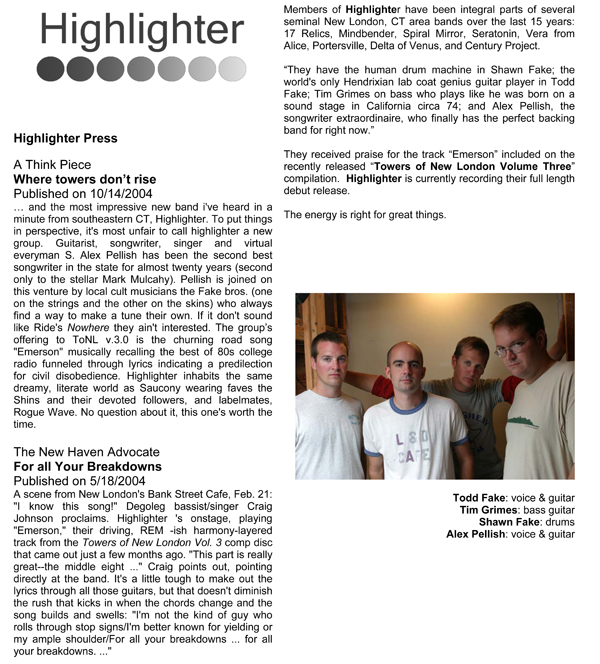