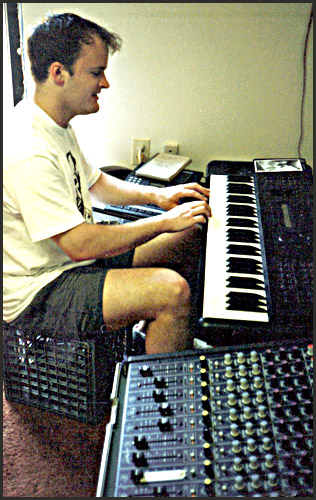 A compilation of 7 tracks from 1993 to 1997 that I wrote while living in Mystic and Noank.

The song Cleopatra has vocals and guitar and includes digital sequencer bits, tho the following five tracks are purely sequencer compositions written on the Delta of Venus Peavey keyboard.

These were composed between 1994 and 1997, intended as future Delta of Venus tracks. Cough.

The last track, Histrionix, is a ten-minute composite of some of my pomes of the time set to shortwave static and particularly special and demanding archival bespoke quality quality .

Please forgive the state of these recordings, as they are from ancient-found cassette tape that was never properly mixed or mastered. 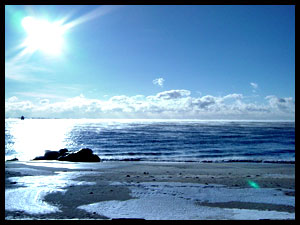 After leaving the band Seratonin (which then became Low-Beam) I retreated for a few years and then began to work on a solo record in 2003.

I went back and dug out 5 songs from that lp, including a remix from 2009.

Drawback’s Kiss schooled me quickly in midi, which was key for when I joined Sodium Lights a few years later.

The title alludes to an early Joy Division song called The Drawback.

The photo is from a series I took of sea smoke on the Thames on a frosty January morning in 2004. I hope you get a kick out of some old tunes – Enjoy!