17 Relics began in a garage in Groton, CT on Thursday, July 10, 1985. Two days later, they would have an afternoon-long practice, taking breaks to watch the Live Aid feeds from Philadelphia and London.

Over the course of the next few years, the band solidified their local standing by faking birth certificates to play clubs in New London, touring the local party circuit, and eventually booking and promoting their own all ages shows in the greater Mystic, Connecticut area. 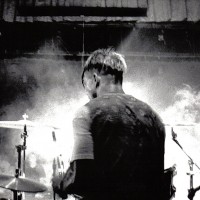 At the turn of the decade, the group was fortunate to have one of their earliest supporters garner a job at a regional booking agency that had an office in Mystic, CT. The Relics were able to parlay their local success into a partnership with Flash Group Agency, which saw them begin touring in earnest.

The group began recording in 1987 with Jon Russell at Presence Studios, then located in East Haven, CT. Those sessions produced three releases, all for the Shecky Records imprint. The recordings helped solidify the band’s local base, as they were now able to headline area clubs, begin playing at colleges all over the east, and attain national attention in publications such as CMJ. 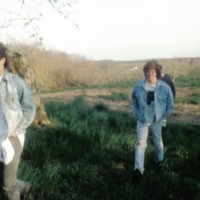 They split from Flash Group in 1992 and began managing themselves as they had in the early days. The group continued on the college circuit, and began to headline the northeast corridor clubs. The Relics reconvened in a Baltimore studio after two years of regional showcases and small tours, to make their first recording without Jon Russell.

The sessions, initially meant to last five days, stretched into many long weekend trips from Connecticut, so they could piece together a followup to 1992’s hereafterthis EP. Difficulties ensued – the juggling act of recording, playing live, and keeping the bills paid began to take its toll. 17 Relics disbanded in the late summer of 1994. The members would scatter into a number of other groups, and then reform as Portersville in 1998.

Recently, the band regrouped after many years to play the July 16th, 2011 Depot Memorial Show, and then weeks later, a show at the Hygienic Art Park with the Reducers.  Are they back?

Produced by 17 Relics with Jon Russel
Recorded at Presence Studios East Haven, CT between October 1989 and June 1990.
All songs by 17 Relics

Produced by 17 Relics with Jon Russel
Recorded at Presence Studios East Haven, CT during the summer of 1991
All songs by 17 Relics

Recorded at Presence Studios in East Haven, CT. with Jon Russel as the engineer, 1986
Produced by 17 Relics with Jon Russel.
Cover design by Alex Pellish and Reese. Illustrations by Reese.