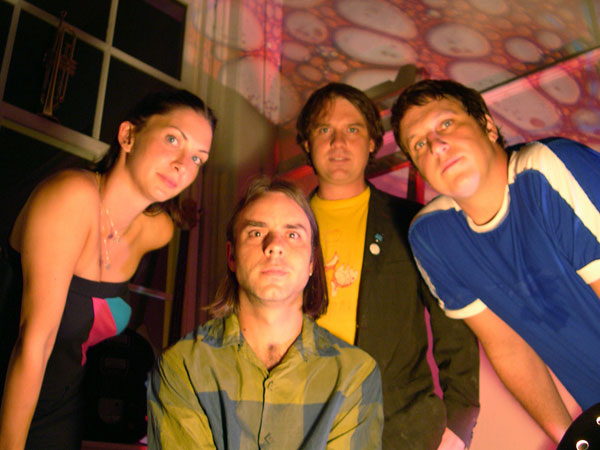 Low-Beam is one of the most classic New London bands from the 2000s. Rising from the ashes of Seratonin, Low-Beam features Charles James on guitar, Rich Martin on bass, Rich Freitas handling the drums, and Jaimee Weatherbee on keyboards, mainly a vintage Vox Jaguar that helps solidify their unifying sound. Low-Beam features male and female vocals, with James and Weatherbee taking solo turns, and just as often combining their voices in a rich texture. They have deep ties in the local scene, having played in bands like 17 Relics and Skimbleshanks back in the 1980s.

Low-Beam played their debut show at Station 58 in New London during a blinding snowstorm, but knew exactly what they were on to. They continued to hone the live set playing the corridor between NYC and Boston, and released their first EP Fashionable Driving Songs on the Cosmodemonic Telegraph label in the autumn of 2002. TimeOut New York said of the recording, “ the bands debut CD shows promise, if not brilliance.” 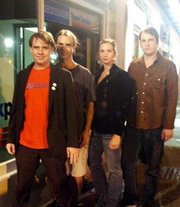 They continued to expand their road base over the next few years, heading as far south as Austin, TX for SXSW in 2004, Chicago, Minneapolis, and down south through the Carolinas. Throughout this period they started playing shows with the likes of Now It’s Overhead, Asobi Seksu, Dr. Dog, Viva Voce, The Standard, Superdrag, Adam Franklin, and Aaron Espinoza from Earlimart. During this time they also released a follow up EP- Every Other Moment, a 45 single of crowd favorite “Airstream”, and a live recording from the famed BAR sessions in New Haven. The Airstream & Dread single made it into Big Takeover’s publisher Jack Rabid’s influential twice annual Top Forty. Both the Every Other Moment EP and Airstream single received strong college radio play around the country and was featured on popular internet radio stations 3WK and indiepoprocks.

These releases continued to garner glowing reviews all up and down the east coast, and the band was playing live every week. Suddenly, the break that they were looking for came knocking on their State St. rehearsal space. Michael Deming, prominent indie rock producer, was looking for new acts to record in his brand new studio that he had built himself, in Enfield, CT. Sessions for Charge of the Light Brigade began with James cutting scratch guitar and vocal tracks for the entire LP to click tracking- the drum tracks which would be locked into that click track began the first week of December 2004. 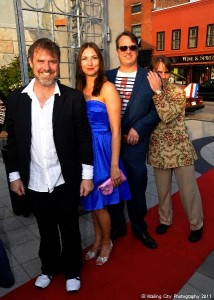 The sessions were a difficult affair, as Deming looked for perfection in each take. Combining the recording dates around their increasing live schedule began to become a difficult factor, and the studio had it’s own issues getting up and running as a business. A year of tracking turned into two years before the LP was ready to be mixed. In January of 2006, mixing began, and it was as time consuming as the entire process had been. By that summer, the LP still wasn’t ready, and drummer Freitas left the group. By January of 2007, the band was ready to start gigging again, having added NYC drummer Doug Hodges into the fold. They continued to finish Charge, releasing a teaser 4 song EP entitled Four Fathoms, and played live through July, when they played their last gig at the Custom House Pier in New London with long time friends The Cankickers.

After a five year hiatus, they reunited to play “Tuffy Rhodes” at the 2011 Whalie Awards at the Hygienic Art Park: