Scotsman lost, probably still in the Hacienda on the second tier looking for “pussy”. I now hungover in sloppy OK place waiting for breakfast and the bus station across the street where bum was sitting next to me shaking too much from whatever bums shake from to even light a cigarette.

11:30 and the adventure continues. Very ugly punk girl wearing complete “I want to get fucked” outfit but butt-fucking ugly and a tooth out in front and even handcuffs hanging from skinny black belt.

I could dig being a bum with only worry being to stay alive, but too much violence and alcohol and man I do not want those shakes.

Nottingham girl did not show up and I waited for her until 1:00. Lesson: trust no one. On train to London Maura and this must be the bumpiest train ever built and 3:30 sunset first sunset I’ve seen since America. The sky is amazingly trippy. Three distinct layers of white clouds on blue with big like quarter sized orange ball of flame now under the bottom layer of clouds. Plane trails crossing and growing wider. England is beautiful. It isn’t flat, but it isn’t hilly. It’s kindda lumpy. Sky around sun now going pink and Jane’s Addiction blasting my brains out on way to London. Whoever came up with this sky is a genius. Even tho the sun is only about an inch from the horizon the rest of the sky is still daytime blue. Large cloud bank, dark and threatens not rain but to actually fall out of the sky and crush everything, looking very much like snowcapped mountains. Land growing hilly, trees bare and grazing sheep all blocking my sunset.

I signed a petition today for the ambulance staff. I guess there is some problem with the Govt.

Sun’s back and deep orange on bottom going to yellow on top. Bottom starting to no longer be round, but breaking up into little pieces like that logo I saw somewhere. Bahamas?

Into London and the Tube Underground whatever subway conquered because if you can kill a NY subway system, you can take anything else. Interviewed upon exiting and soon to Maura’s flat, but she wasn’t home. No one was. Into The Ashe’s Pub after phone call to make sure and I’m going to work my way down the bar on this large amount of change coins in my pocket. Three mates call me over and invite me to sit down with them. The further I go, the more friendly the people get, and one tells me of a hotel to be ripped down that I can stay in for free. Sounds really cool. Right, second left and the name I can’t remember and I think that they are going to tear it down. Mary Gross sits drinking to my right with her bunch of “yuppie” friends, the collegiate type of fucks and another bunch to the left. Chinese man at the casino machine ever since I got here and probably will be for a while. And maybe I’ll get a job out of staying at this derelict hotel. Maybe. And “It must be your lucky day.” And actually it has been pretty good. What would have happened if the Nottingham girl and her long red hair and ultra red lips had shown up? That would just have been kicks. Truth is found in derelict hotels.

America is Western Civilization. Everything else looks and smells and sounds just like it.

Back in Ashes talking to 36 year old long-haired weirdo before writing letters and all to the folks back home, blown out in two pints. Two letters, 45 mins and going and I cannot believe I am in London! Where?!? 36 year old tells me of smoke and his habit and drinking and gone and soon enough I am paying so off we go to see London pub scene. Next pub down, he with long hair and stubble, me with pack on back and all, just walk thru as this is like some kind of living hell for road scum and street smackster. And they playing chess and sipping sherry! Out into the street free pint partially done, but up it comes in his hand, as Jah really does love and off we go, he talking more and more of smack and hookers. Into another pub to talk of LSD acid, and me still buying, as he has all of 50p and talking of hooker friends so out we go and he saying that if I don’t find Maura, I will smoke some with him. Nerves on end in me as fear grows and I must try one more call to Maura to save my life, and he looking for hooker friends with smack, and the phone rings rings rings and is finally answered. Me pleading and begging to be saved to some girl in the building, which has all of one phone, but an agreement “ring on 2”. I am saved and say good-bye and even now he is still on pavement street or arrested once more. 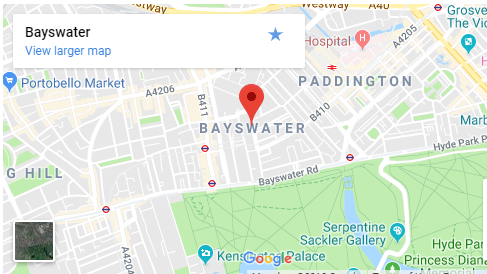 {historical note for context: November 23, 1989 was Thanksgiving Day in the US}