Found an old file with all the lyrics I wrote with the band Seratonin.
Not for the first time, I was volunteered for good reason out of the band, and they blossomed into Low Beam —

I treasure the lyrics and songs from that early 2000 era.
First up is the most poptastic track on the LP:

and i lost my distance
vision in grade four –
it was the perfect yet unaccepted
excuse to the chalkboard of the annoyed mrs. hoyt
for my serial inattention

now it is close –
holding the text askance
arms length, puzzled
embarrassing my teen as the room looks over –
my cellphone flashlight is robust 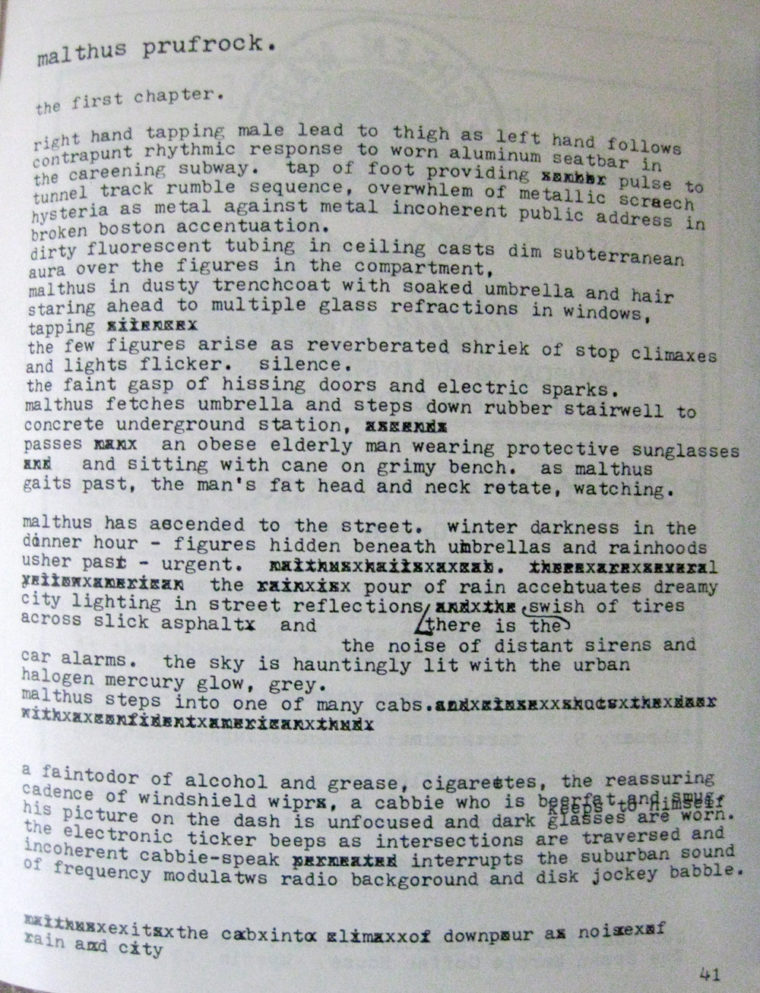 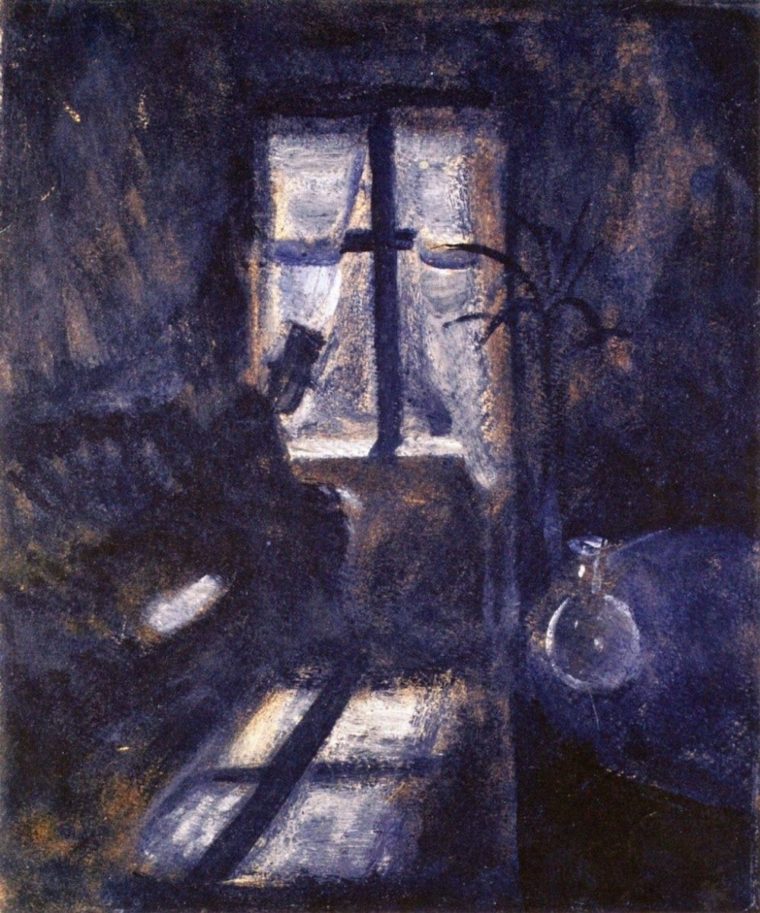 i am the exile, the dreamer,
i am the ghost who blesses the slumber of your sleep.
i am the autumnal draft which crosses your pillow in the night.

little spacey, i am the skeleton who sleeps in your closet,
i am the turner of the doorknob in the dark.
i drift beneath the celestial sphere, and i find you.

we meet there, behind the black of bleakest soul,
when eden whispers her sweet mysteries
and the moon droops beneath the stars –
we meet behind this balcony to heaven,

A repost from Retro Bitch

Pac-Man: The Untold Story of How We Really Played The Game

The impressions of human desire are often left upon objects of their devotion or on the paths leading to where a sense of peace or pleasure can be found; i.e. the worn frets on a favorite guitar; the finger-smoothed ivory keys on an old piano; the “secret path” in the forest blazed by decades of children that’s been “a secret path” to other children for over 100 years.

one more time, his eyes all burned and
tweaked and cold and snuffed
he gripped the edges of the chair.

she had shifted across him again,
held the glass and smiled. his legs were
cumbersome. he was really nothing at all.

the ice in the drink was the only sound in the room. 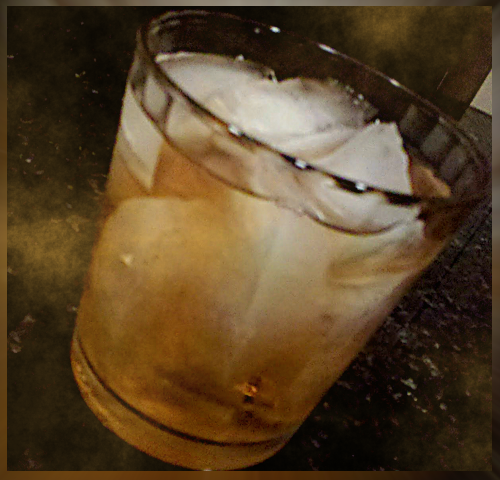 ‘look, up over there, there’s something moving…”

he looked up too and clutched her thigh, strained
to see above. she laughed and took out a
cigarette. he felt heavy and couldn’t see anything, just ceiling.

and the cockroach up on the wall behind him slid into a crevice.

I just recently drove out to the serene Appalachian outpost of Asheville, North Carolina.  Heather and I, two yankees in a Camry, pushed out from lowland tobacco fields of Chapel Hill environs, thru the first surprise snowfall of this mild southern winter, and found ourselves climbing round little Carolina hills upwards into the mountains.

Asheville is a tranquil, non-Starbucks kind of village.  Old angled streets hold together worn brick structures that house odd restaurants, damp pubs, and many antique shops.  All the taverns in the town sell Beamish stout. Some let you have a shot of local moonshine.  A peculiar town, more a city, and once a city.

Down in the crevices by the river that once fueled this town, rail tracks lead to storehouses and docks that continue to function.  The city contains no Gap or such, nor anything like them.  The only true presence of corporate white America are the many banks which center this city.  They are of course the largest structures in town.

The new industrial banking buildings, erected in the 1970s judging by their modern efficiency, are entirely out of place here, and like stark white bone, spine and spear the town through its center.  But the axis of penetration is inconsequential.  The only effect these structures has is to make the shadowed walk north of them a little chilly.  The rest of the town has settled into a calm sauntered pace, akin to more eastern and southern Carolina: folks sitting on benches laughing with paper bags full of drink.  Couples kissing in doorways.  An antique shop owner locking up with pizza box and waggy dog, ready to go home next door, upstairs. A damn nice town.

So out twenty miles on a sunny day, at Chimney Rock, I went up thru rock for stories and stories via an old crickety elevator, and stepped out up some stairways and trails up to the top of Chimney Rock, and asked Heather if she would marry me.  And she said yes after I could barely get the words out, stuttering and kneeling and crying and smiling.  Just damn glad for the blue sky and the cold air and just holding her hand beneath the sun.  We didn’t want to come down.  Other folks saw our wet cheeks and knew and smiled back.

How are we to those who have come before us, those who have tread the same surreal lands and cheered with wine and song.  This great shadowplay of ours is vast and illuminated.  We all have our own soundtracks, our own separate angles, glimpses of the sun.  And we all frolic in this new rococo reality of brilliant talkways and perfected machinery that makes up this end of century.

How are we different from those 100 years past?  Their internet was the new telegram system.  They like us were slammed with technology:  the light bulb, the auto, the telephone, the first recording of sound.

We are on the same cusp, coming around the bend towards the future, but are still merely in the rococo phase of the industrial revolution.

We are the twilight of the industrial revolution.

There is something else we must do, besides streamlining the physics of our industry.  There is a next step, there is a place after we perfect cell phones and credit cards and the internet.  A place beyond our fascinations with this magical technology.

Technology was magic to the flappers dancing to the new radio sound.  Magic to the boomer kid in 1962 constructing his own radio.  You’d tinker like a magician to make the magic.  And technology remains incredible as we create new sounds based on  pure mathematics, sounds never heard before, sounds Bach was pained to never have heard.  We forge the magic and forget that it is magical.  We miss the point, the spirit all drained out, as we commit to the final construction, the perfect device.  And then we discard it, and move on to next perfect device.

So where do we go??  What is the end point as we hone in on the calculus maximum of our industrial state??  What do you do when you have achieved perfection, when the last cut has been struck into the granite bust of our time?? 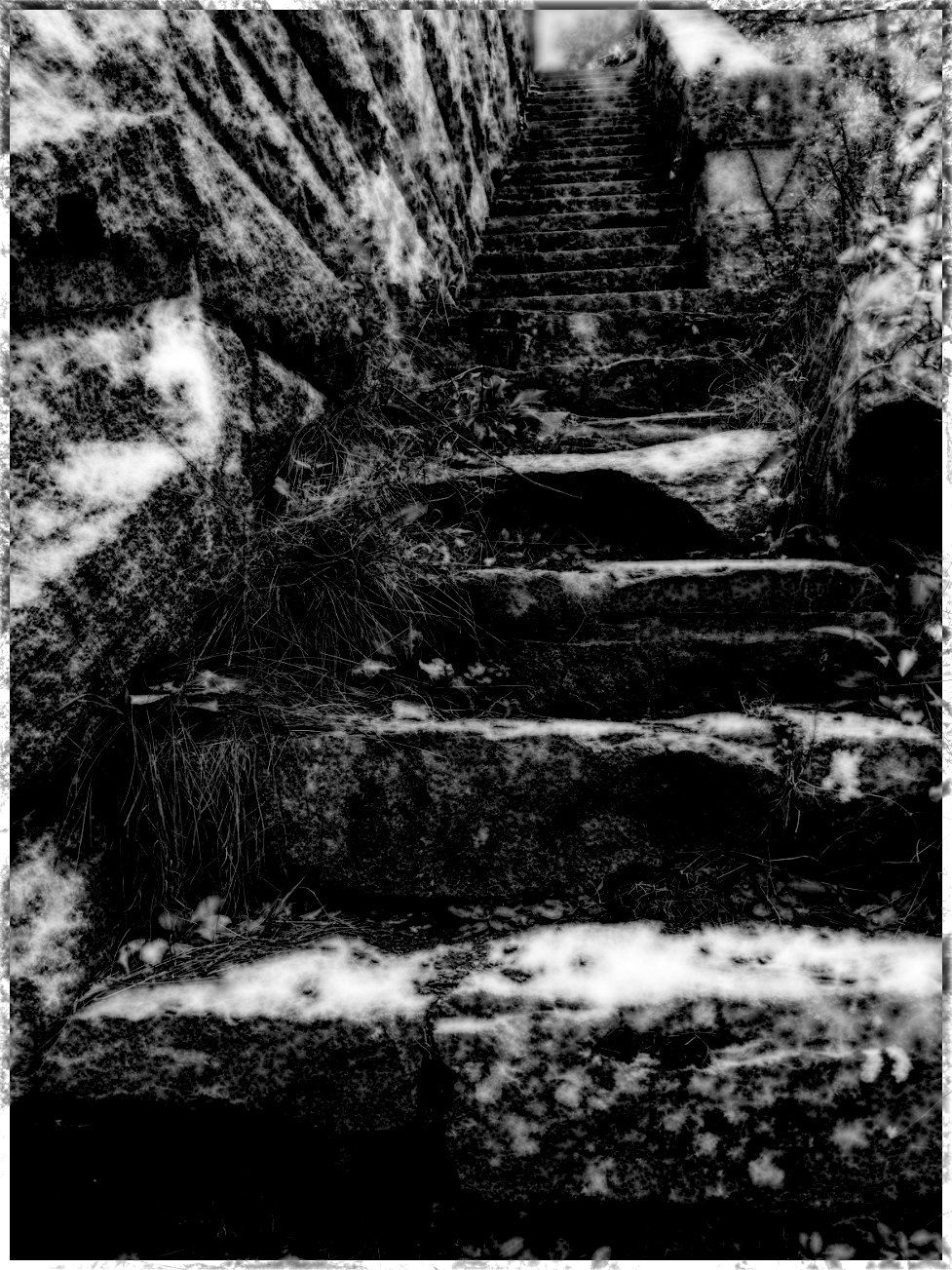 Tristful tower! Up stumbling stairs
Of severe ascent, to a laden daze,
You are an emblem of the years
Of shade — a hiding heart —
The muddled maze of this lost art
As Kinski’s starkest gaze; 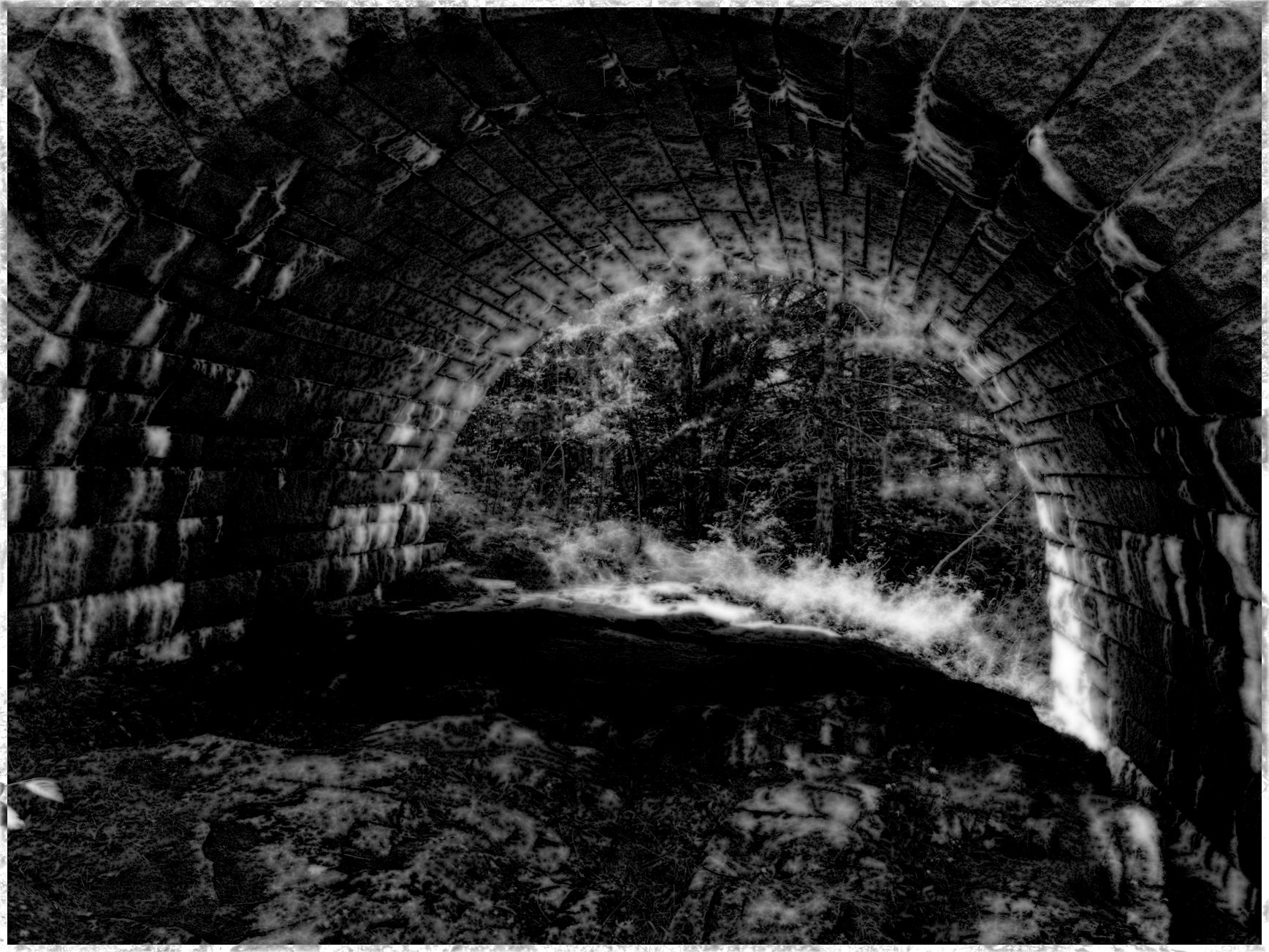 But when within this arch she peers —
Which glimmers then, and shifts —
Why, then, the stilling of the fear
Her shimmering persists;
For in my heart — as in this tower —
Her specter fallen lies —
This heart may rise and cease to cower,
Beside her woken eyes. 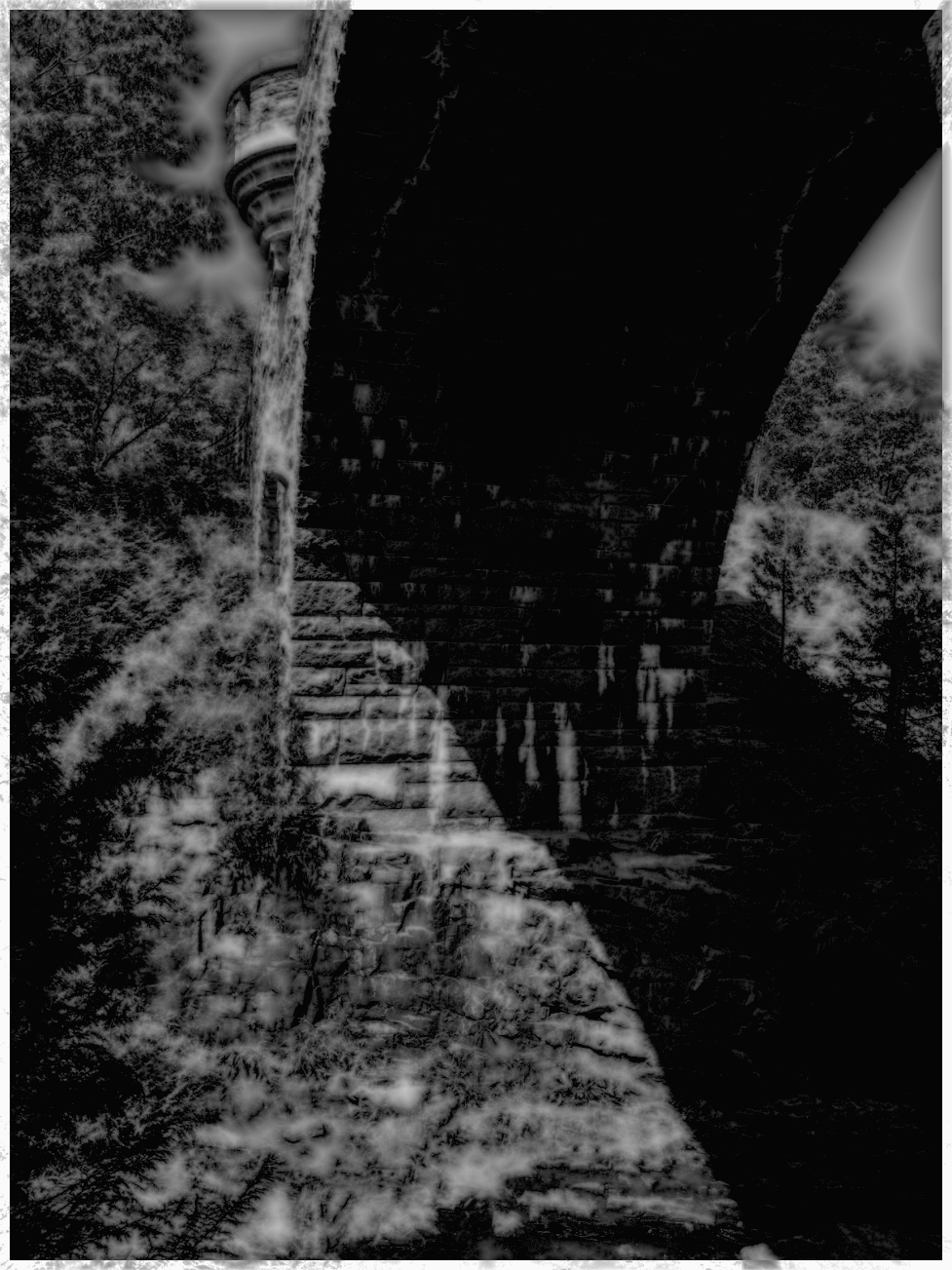 (photos & poetry by Tarbox, in the style of Edgar Allan Poe’s “To The River”)

“Are we there yet, Daddy?” asked little four-year old Charlie from his car seat.

My son had asked the question many times on our drive to the beach. As I pulled into the parking lot, I could finally reply, “Yes, Charlie, we’re here!”

My wife Heather and I grabbed all of the beach gear out of the back of the car. We could hear the massive ocean waves crashing in the distance.

Heather coated Charlie in several thick layers of sunscreen, while I set up the chairs and umbrella beside the already established camp of Charlie’s Aunt Shannon and Grandpa Joe.

“Wow, check out those waves!” called out Joe. Charlie was already wandering towards the shore.

I grabbed Charlie and jogged into the surf and put him onto my shoulders as the first big wave hit.

I jumped up, so both of us just barely kept our heads above water. Charlie yelled in delight, “Here comes another, Daddy!” We bobbed again, and I had to hold my legs sturdy to keep from getting us both knocked over.

I was starting to get tired from fighting the waves with Charlie on my shoulders, so I took him down, holding him in my arms, and turned to get to a shallower spot.

I looked towards our umbrella back on the shore, hoping to see Charlie’s mom, Aunt Shannon, and Grandpa Joe watching us have such a fine time playing. All three were waving frantically at us. They were yelling something, but I couldn’t hear them over the roar of the breakers.

“Dad, look out!” yelled Charlie. He smiled up at me, his face full of sunshine, his hair glistening with salt water.

The colossal wave hit hard, smashing me down and into the sand, scraping my knees and elbows into rocks and sharp shells. Charlie’s hand jerked out of mine as I tumbled several times beneath the chaos of the crashing wave.

I had no idea where I was.

I had no idea where he was.

I scrambled frantically in the water, tossing my arms in every direction trying to make contact with lost Charlie. The current was still swirling around me and my grasps were empty.

Another wave crashed into us and something bumped into my wrist and then was gone. I pushed towards where it had been and felt it again, too soft to be a rock, too tough to be seaweed, and I knew I had just for one moment grabbed Charlie’s arm with my left hand. I reached out again and got hold of his arm and pulled him close and surfaced.

Charlie was laughing hysterically.  He looked me in the eyes and yelled, “Let’s do that again, Daddy!”