The woman pretending to be my aunt tells me those are sex hotels on the side of the highway. They’re called “Tu y Yo” and “Paraiso Real.” I note the prices, marked on a sign outside: Seventeen American dollars for three hours/Thirty-five dollars for “Toda La Noche.” We keep driving.

I’m glad we have left Panama City behind. It’s like the city I grew up in and left, New York. But a New York long vanished, full of beautiful abandoned spaces, cracks in sidewalks, graffiti, shady characters and salt smell of ocean in the air.

We zip through mountains, one’s crags looks like a sleeping old woman, past roadside stands selling mangoes and cold coconuts towards the small town of Pedasi.

The whole country has been drenched in rain, lightning illuminating palm fronds against inky skies punctuated by glorious bright beach days. Rainy season in the tropics, you never know what you are going to get. 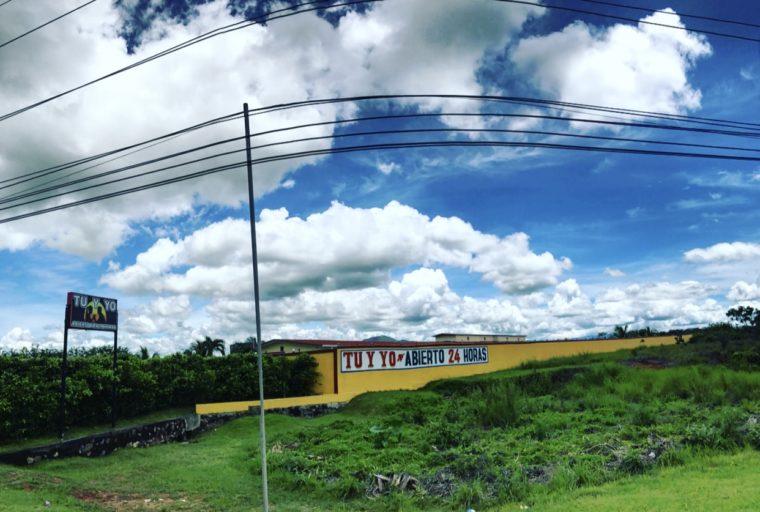 Guadalupe tells everyone she’s my aunt because she says it’s safer that way and maybe she’s right. She’s a retired Spanish journalist and television personality who’s interviewed some of the world’s leading political figures as well as hosted The Jackson Five on her television show “300 Milliones” back in the ‘70s.

“I used to be very famous, now I end up living like a gypsy in the country.” She tells me as she does over eighty on narrow highways lined with jungle and rolling pastures of cane sugar, corn and cows.

She has good reason to be paranoid. She’s been robbed twice on her campo, a big piece of land with tidy casitas guarded only by a rusted black metal gate. So I pass as her tall, grey-eyed nephew from the States and with my decent Spanish accented by the downtown New York bodegas of my youth, no one asks many questions. 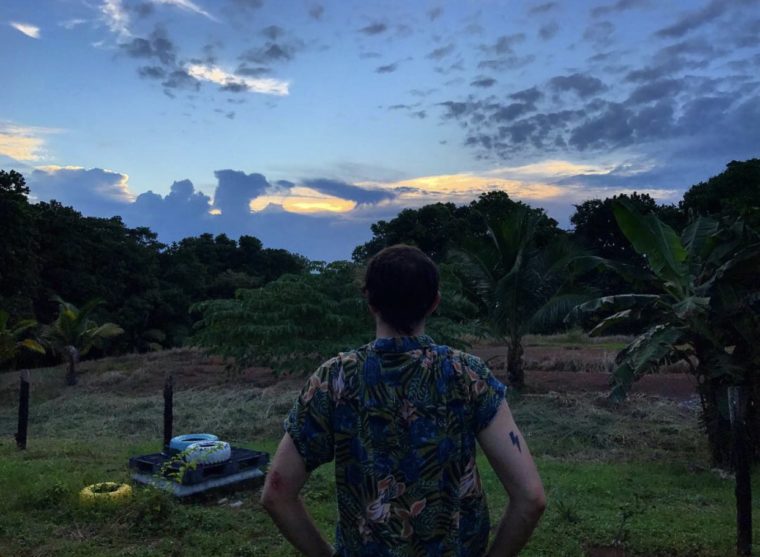 After all, this is the land of Noriega, who died in a cell overlooking the Panama Canal. A land of drug lords and poverty, ghettos in Panama City still containing rubble from when Reagan bombed it in the ‘80s. A land where dead dogs line the highways, where pirates once burned down the old city and breezed along the coasts, a land stamped with the violence and greed of conquistadors before them and more recently the Panama Papers, dark money and lawlessness. Like so many others, I’ve come here to hide.

But it’s also full of heated beauty. Guayacan and Banyon trees silhouetted flaming against the sunset, nights full of stars and satellites, whales gathering off the coast in one of the deepest parts of the Pacific to give birth, pastel pink and blue cemeteries dotted with rich tropical flowers, warm people who insist on feeding me my favorite carimañolas, fried yuca patties stuffed with ground beef, iguanas crying in the night rich with fresh cut grass and promise. 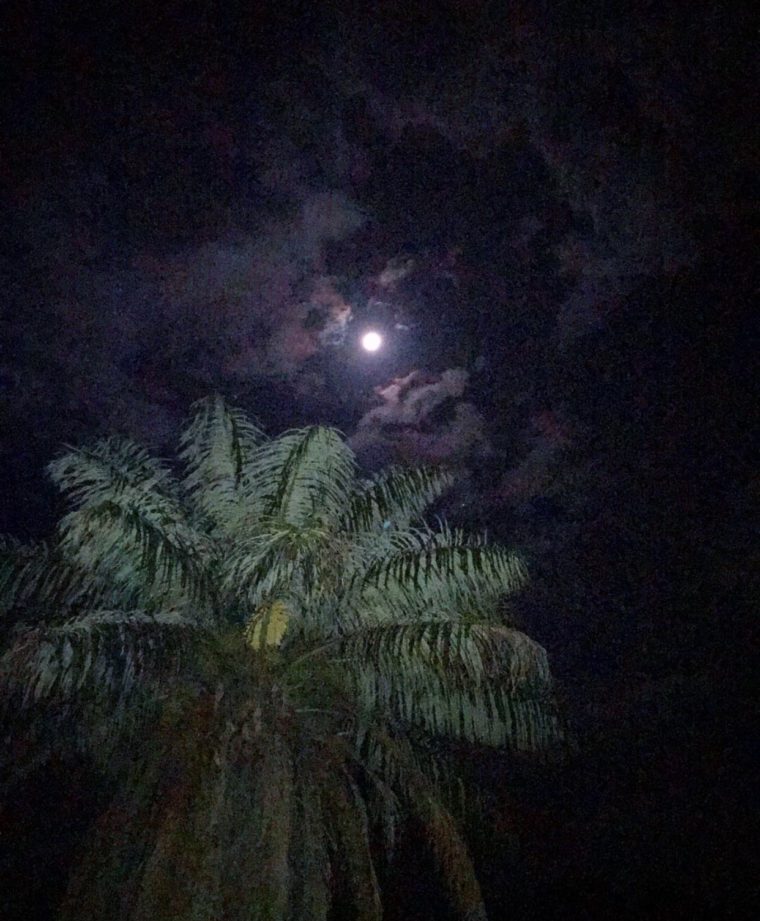 I burn saint candles even though I’m Jewish, wish away my past and hope towards my future like a drunk leaning into the bottle. Most times, I am drunk sipping my tenth Balboa beer, my favorite, named for the conquistador who “discovered” Panama was the world’s only isthmus. A cradle of life full of sloths, crocodiles, snakes, butterflies, the country with the most species of animals on the planet.

In the jungle by the sea, I feel a peace I’ve never felt anywhere else. 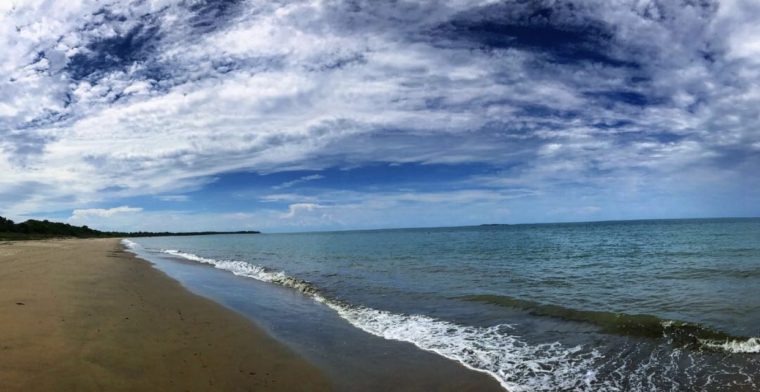 Each crash of distant wave a lullaby helping me forget who I was in New York City. What I’ve lost and left behind. What, like so many adventurers before me, I hope to find in this part of the world they call Los Azueros.