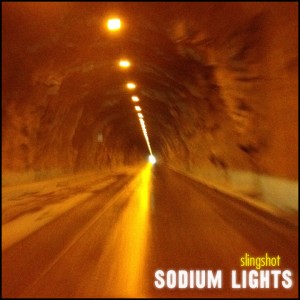 Sodium Lights have released a follow-up single to their scintillating Transtulit LP from 2011. After the sessions that completed Transtulit, the band decided to go even further into the deep house foundations that made up the electronic side of the group’s electro-rock.

The guitars were put inside their cases, and programming began in earnest during the winter of 2011-12. The band wrote an album’s worth of new material in a few months, and singer Julia Farrar began to add vocals to the rough ideas. As the songs began to take shape, the band began to realize that releasing a single from the best of the accumulated material would actualize the ideal of the “trance pop” songs they were trying to create. 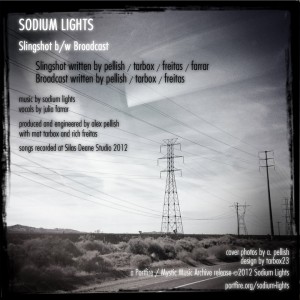 Instead of following up 2011’s Transtulit with another full length LP, Sodium Lights decided to release singles of these sessions, of which “Slingshot” is the first.