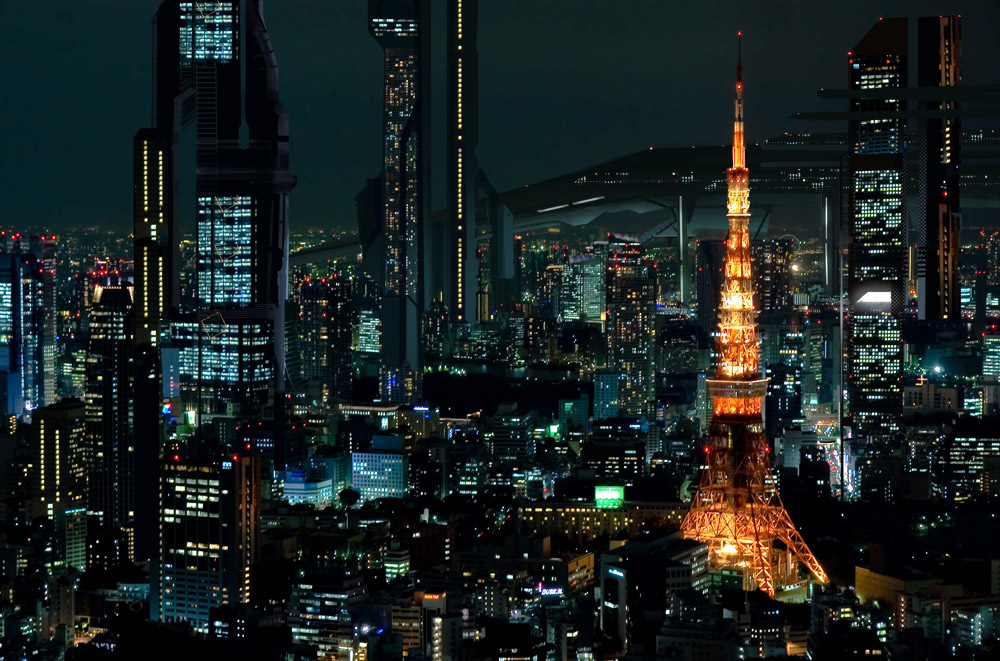 As time passes, the human condition evolves to a more abstract dimension. Applying this concept of time to an historical perspective, we see that society is gradually moving towards a hyper-realization of its older order, towards an abstract integration of the past to formulate a new and abstracted order.

This acceleration of the abstracted reality into the present is an obvious process with an obvious end. Throughout history, the human species has evolved to higher and higher integrations of the abstract consciousness. Consider the development of algebra, the subsequent development of calculus, and the eventual conception of General Relativity. The movement of communication technology to a hyper-realistic state has allowed the human mind to transgress the limitations of the physical, such as the concrete boundaries of distance, and gain an effectual transcendence of time and space. Your telephone can access any other telephone on the planet. In Europe in the Middle Ages, well over ninety percent of the populace did not leave a ten mile radius in their lifetimes. To predict the next destination of communication, this function of the movement of technology may be extrapolated, whereby the arrival destination manifests itself in an ethereal state.

Likewise, the movement of artistic intent and composition has followed the routes of abstraction. The communication of art has gradually progressed into a highly abstract epoch. This movement is visible when one considers the discovery of the vanishing point and perspective, then the flirtations with time and individual perception known as impressionism, and penultimately, the immersion of art into the realms of abstract expressionism, minimalism, and the modernisms.

Musical efforts have also rapidly approached the abstract hyper-reality of post-modernistic development in the twentieth century. The electrification of primitive expressional instruments further moved the arts of 1ogical expression, inherently an abstract form, towards the ultimate heights of abstract reality. Electricity could universalize the expression, whereby more of the population could become part of the thought, and whereby the thought could pervade the reality to an unprecedented extent. The acquirement of electronic fluency brought about the advent of recording technology, whereby, like the invention of the written language, and later the printing press, the art form could usurp time.

Later, as recording technologies allowed the reproductions to essentially clone the original, the concept of originality was negated and erased. Through the use of crystalline digital expression, there could be no more originals. Sampling would dictate the new cutup reality. 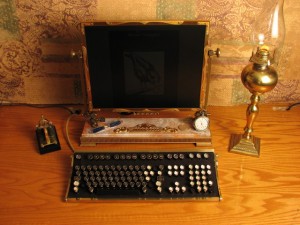 Along with the movement towards a utopian abstract with recording technologies (soon there would be holograph conferencing, climatic acoustical reproductions, touch hallucination technology, and fiber optics, cabling pure digital images of cloned hyper-reality to absolutely anywhere, anytime), there came the reproductive technologies of the computer and its arcane abilities to manipulate these digital images and thus control the confusion. Few people understood the significance of John Cage and Kraftwerk, and the early visual imagery of Pong and Pac-Man. Few people saw beyond the glitter of these kinetic novelties to comprehend the implications of the emerging hyper-reality. As Peter Halley determines in his essay, “Notes on Abstraction”, “Each era becomes a hyper-realization of the preceding era, (and) … is assigned the (new) value of reality.”

Thus, the more a sense of history an individual in the system has acquired, the less vulnerable is that individual from unexpected cultural and technological events which may leave one floundering in the new abstraction. If this evolution is ignored, then changes to the system cause disorientation and isolation. More and more elderly are turning to the safety of the television screen constant as a haven from the terrors of the new wave.

The young, raised in front of the devices, many spending considerable fractions of their days before these machines, are served a Static Now, which unlike the Now of the Beats, the Existentialists, and the Abstract Expressionists, is always a moment behind, always the derivative of the New and more abstract Now. The viewer is a captive observer with no sense of historical perspective. Any previous historical knowledge is forgotten beneath the static glow of the tantalizing image box. The Static Now is dependable and does not seem to change. Only, for instance, when the elderly complain of more and more sexual content on the image machine, is the viewer consulting an historical perspective (consulting conditioned moral codes which reflect a past time and thus some other Now), transcending the Static Now offered for the viewer’s static tranquility. But the younger viewers have no other reality to consult. Their Now, a history of cereal commercials and reruns since childhood, is Static and thus invariably addicting and pleasurable, since the Static Now gives the same kinetic illusion as the Now, but is always a step behind. The life itself is a rerun, just as real as Gilligan on a desert island. Gilligan will always be on a desert island. And thus the machine viewer will forever be a mute observer, oblivious to any ‘real’ reality transpiring around him.

The revolution of integrated abstractions will shock some. They do not know the workings of the computer mindworld, the electronic credit system, or even the video phone. They have never bothered to grasp even the rudiments of the old telephonic technology, let alone the new. They have been gradually surrounded and encapsulated by these things which are a mystery. The magic seemed so innocent at first, but the magicians had not yet desired control. And like the elderly still bewildered by remote control, subservience will dominate.

This obsession will only intensify, like an addiction. Exemplified by the neon flux of Tokyo and the glitter of Times Square, the next cultural and artistic period will include many Victorian elements, such as a century ago when electric lamps and telegraphs first arrived to transform the planet. The new chapter of the technological age will consist of illusion and imagery, and the first effectual defeat of time. This age will be characterized by a minimalist, electronic approach to the Victorian style. The polarization of the working class against the administrative class will further heighten Victorian preoccupations.

As this reality, too, is abstracted, the information age will climax and communication will become dimensionless . The occurrences after this point will inevitably parallel or contradict the account of the Tower of Babel. (the angelic illuminations of the apocalyptic aquarius). The drum machines are here to tell the tale.