My skateboarding ambitions started modestly enough. Any wheeled thing represents the same opportunity to a teenage boy–locomotion. To see any of us, you’d have to catch us on the run, a collective frenzy of motion not heading anyplace necessarily. But constantly on the go.

Those days, a ten-speed bicycle was the coveted mode of transport (a Schwinn if your family had the scratch, mine didn’t), a high-end cruiser, the handlebars curled under to foster a racing pose. This was supplemented with a no-gear bike, built ourselves from spare parts bought and scavenged and traded from throughout the neighborhood. Mind you, this was a couple decades ahead of the internet age with the likes of eBay and letgo, OfferUp, placing at your fingertips a world of treasure that no longer serves the needs of someone else.

You knew someone who heard about someone who had the frame or rims or crank assembly you needed. A handful of shrewdly bartered exchanges, and your daily-rider came together, some with composite wheels and knobby tires suited for BMX (well before that was a thing). Others, like mine, had a banana seat with a modest sissy bar. We set out to perfect the art of wheelie riding, our aim to spend as much time on one wheel as two, the front tire dangling in the air ahead of us, our narrow frames providing needed counterbalance.

Originating among west coast surfing communities, skateboarding was slow to make its way to our sleepy little corner of Connecticut. It too requiring balance and grace mixed with a bit of daring, skateboarding offered its own special brand of exhilaration–ride an asphalt wave and be set free.

My first skateboard was a hard-plastic thing bought from the local sporting goods store, cheap imitation invariably the main path toward any new craze gaining widespread availability. The wheels were nearly as rigid as the deck, polyurethane infused with age-old concrete as far as I’m concerned. It was fine for tricks, wheelies and front-/back-side 360 spins (completing as many rotations as you could muster before setting the front wheels back on the asphalt). But downhill, it was a death trap.

Gary Cooper, Billy Fume and I set out one summer to shoot a skateboarding movie along the steep descent leading away from Grasso Tech in the direction of Sutton Park, each of us taking turns as cameraman screaming downhill alongside our cohorts. Had we only taken ourselves more seriously, we might have beaten Super 8 or Boyhood to the punch–to the screen as it were. (Had we only had better boards, more pliable wheels especially, we might have managed to string together downhill runs consistently enough to capture a couple of worthwhile scenes.)

This is where things get personal. I don’t write memoir. But my fiction is laced with tiny bits of who I am, how I got here, the factors that most influenced me along the way. For me, memoir constitutes little more than this. Only, confined to some fictional world, the story line provides a bit of distance from those aspects of the narrative that ring true, sparing me the task of fully assessing to what extent those things have yet to work themselves out. 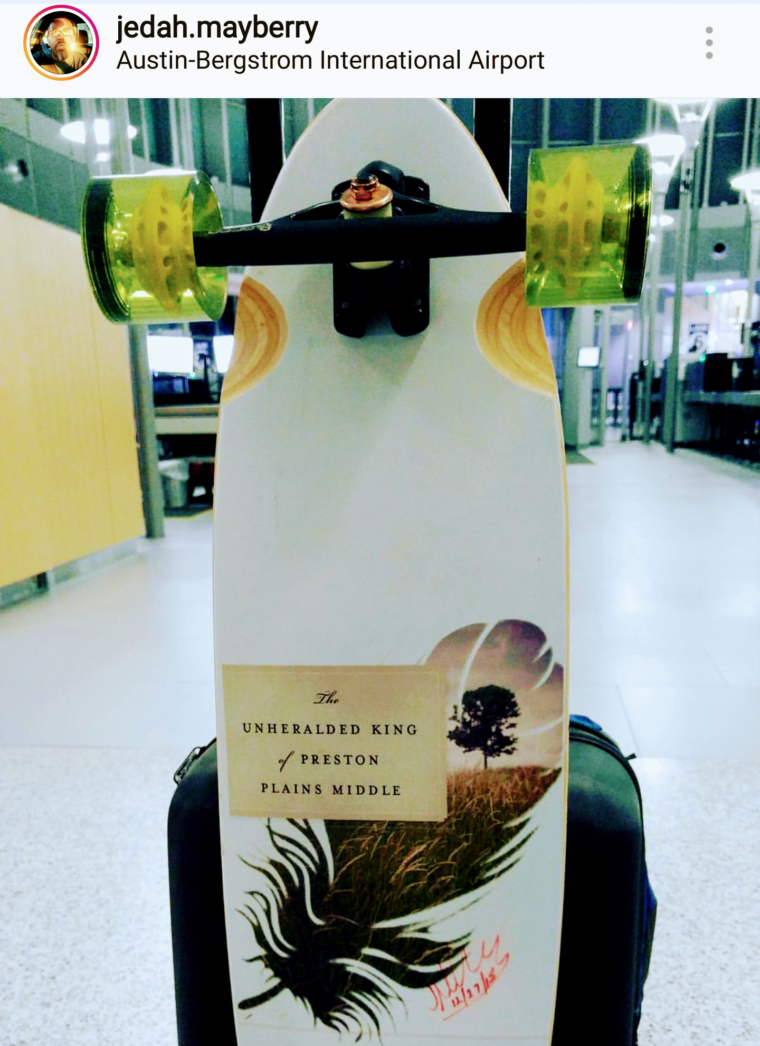 The formative years are widely understood to span the first five or so years of a child’s life. It has been my experience that this period repeats itself every decade or so. The years between ten/eleven and thirteen or fourteen represented for me a period of significant change. I can trace three longstanding pursuits to that point in time, my passion for which has persisted to this day.

My parents divorced when I was ten. After a stint living on the other side of town, my father pulled some strings, called in a favor (or wore out his welcome, depending who you let tell it), and got stationed in Pearl Harbor. A career Navy man, it would take him full-circle, one last tour before retiring in the bosom of paradise. But it came at a cost.

Thirteen is the last year I played organized baseball. I was lanky even before I grew tall. Once I convinced the coach to let me catch, it was nearly impossible to get anything past me behind the plate. That gangly length didn’t spell much in the way of power hitting, but I was a consistent, Ichiro or Jeter-like contact hitter. Plus, I “had wheels”–Forrest Gump-type speed. Once on base, I tormented the pitcher, threatening to steal if not take the extra base in the first place. Traditionally a father-son pursuit, when my father left, there went baseball for me too.

My father’s departure also meant more frequent trips with my mother and sister to visit my mom’s mom in NYC, placing me at the cusp of a budding hip-hop generation. I’d sit pressed close to a speaker in my grandparents’ bedroom, the volume on the radio broadcast turned down low so as not to disrupt life in the rest of their apartment. Another several months would pass before someone showed up with a cassette recording of Rapper’s Delight–Sugarhill Gang, the whole lot of us huddled outside Fitch Senior High’s soon to be christened new basketball gymnasium, hungry for something to call our own. I have since become a bit of a connoisseur, hip-hop having matured to amass a catalogue of classics.

Somewhere along the way, my father caught wind of my interest in skateboarding. At this stage, he was already a couple of years into his new life in Hawaii, the undeniable epicenter of surfing culture (and by natural extension skateboarding culture). It is the one silver lining to my parents breaking up. He sent me a skateboard one year for Christmas or a birthday or some such occasion. It upped my game.

My sister and I visited Honolulu for the first time when I was thirteen. Forget the sights, the tropical scenery. I borrowed our father’s bike, an aging Schwinn ten-speed after all (evidently, at some point or another, our father had the scratch), and made the trek cross-island to a skateboard shop. I bought a set of Bones, off-white supple urethane wheels. On the ride back to his place, I got caught in one of Kaneohe’s daily sun showers. It was another couple of miles before I realized that one of the wheels had soaked through the paper sack I was carrying and disappeared. I eventually replenished the set, picked up a G&S (Gordon and Smith) curved wooden board and trucks, and pieced together another dream ride, much in the same manner as the no-gear bikes we had endeavored to build.

I still have that board to this day. I own three skateboards in total. Still find occasion to ride, onlookers gawking to see a person my age take a spill. What they can’t possibly know is that skateboarding is ingrained in me, a keen sense of balance sewn deeply into muscle memory. We pay in skin for our deepest passions. In time, those passions see fit to offer restitution for our years of ceaseless devotion. (In my best Jay-Z voice, ‘I paid the cost to be the boss to floss this hard.’) In other words, I don’t fall, the universe having already exacted more than its fair share of my hide.

Even baseball has come back in small ways. I’m an avid spectator at all levels, high school, college, MLB, depending on the match-up. I stay glued to the Little League World Series as an annual ritual. I played fast-pitch softball in a competitive corporate league after finishing college. (I attempted slow pitch for a bit. But without base stealing, leading off, it didn’t hold the same appeal.) These days, I can hardly keep baseball and skateboarding and hip-hop from creeping into nearly everything I write, small parts of me leaking out into the world.