will you ever read this?

will you even read this?

we have seen the darkest side of freedom

flags on staffs wielded as weapons

the misinterpretation of Gadsden

the Battle Flag of Northern Virginia

co-opted by a misinformed majority

a context to perpetuate points of view

that could be only be described as expiring.

who do you want to be, America?

what is American Exceptionalism?

is it a Department of Defense masquerading as a

unique entity, a projection of strength,

which actually  exists as a social works program.

how does your Socialism feel?

we have seen the Pettus Bridge

we have persevered beyond Mississippi,

when it was burning.

to musicians from the North

who were making money in the South,

led us to leave town, and drive to the next gig

we have seen America.

we have seen the darkest side of freedom.

it is a bomb perpetuated in Oklahoma City

it is a cult siege in Waco

it is a White Bronco heading slowly

while helicopters hover in place.

we have seen Ferguson and Minneapolis,

still walk among us.

we have seen America

lay waste to the thatch huts,

to the Baghdad  neighborhoods,

as clearly as we have seen

the tank brigades in the hedgerows

and landing craft on the beachhead.

we have seen the protests-

to defund the Police

to dismantle The State

Exceptionalism requires a definition of Quality, 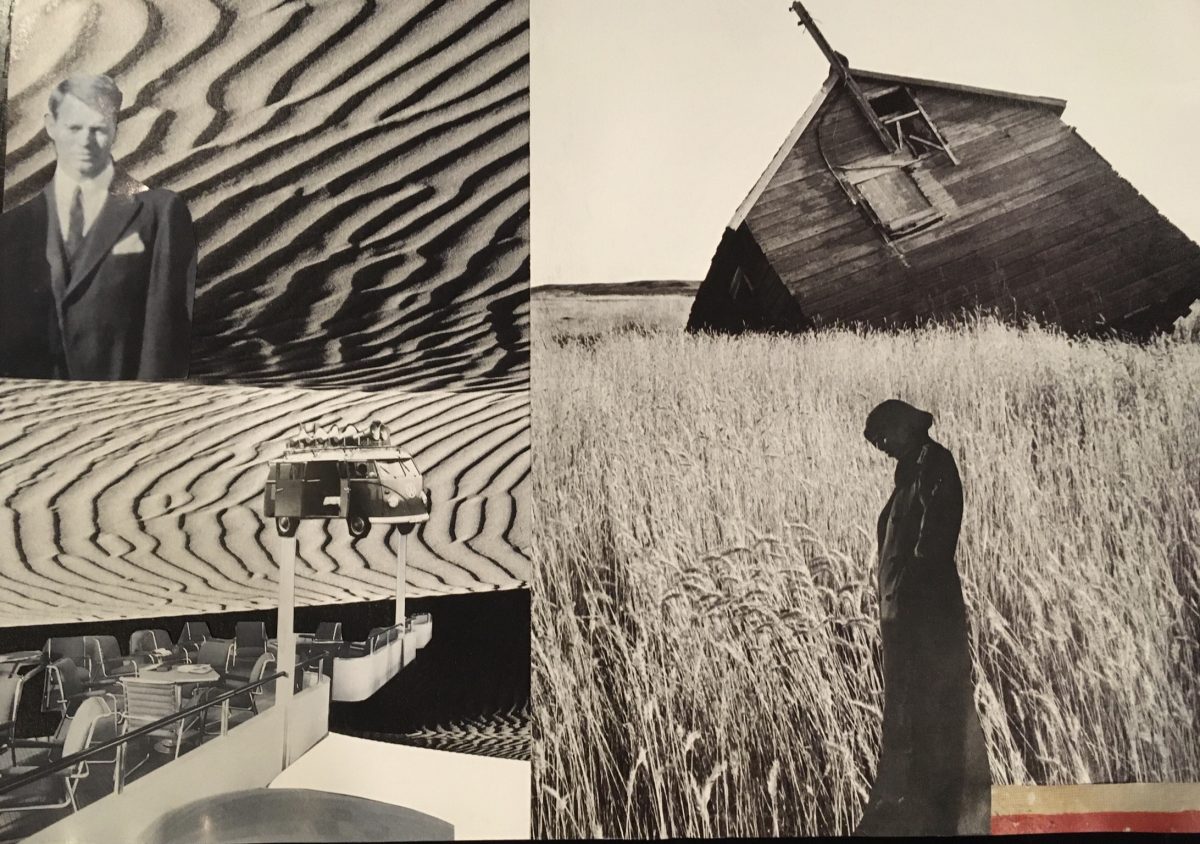 my mother had her first date
with the man who would become my step-father
on a sweltering July night.
i was playing basketball in our driveway, the aging hoop
dangling above the garage door
by rusty nails we kept banging back in that would one day
be rebuilt by him.

“he is going to be here in five minutes!”
yelled my mother from the front porch.
“you better watch out so he
doesn’t hit you in the driveway!”

on our quiet street, we could hear a vehicle
lumbering toward the house.
the collected kids from the neighborhood
scrambled into the garage
and quickly closed the overhead door.

a sleek, silver van slowly rolled
to a halt on the oily pavement.
a rather large man with curly brown hair
and a working man’s belly exited
from the driver side door.

we shuffled to our right
to catch more than a glimpse of him as he walked
across the lawn, torn up
as a result of my mother letting us use it
as a football field following the divorce.

i was in my second floor bedroom
when he arrived for their second date.
one of the windows faced the driveway,
and this time he had another car, not the silver van,
but an enormous four door sedan.
i thought that was a good sign, as none of the other men
in my mother’s life
owned two vehicles.

at their wedding, a year later,
my nine year old brother was plied
with canned beer by the uncles and cousins
in attendance. they found it fascinating
that a little kid could drink beer
like a teenager.
i drank cola over ice, a habit i picked up
from my mother.

my step-father introduced us
into a world we could hardly imagine.
his family owned a ski cabin in the Maine woods,
as well as a lake front cottage
closer to home.
having secondary property
up to that point
was my mother allowing us to bring
dirty, old couches into our basement
during neighborhood bulky waste disposal.

“it is an incredibly aggressive, invasive form
of melanoma. we might have to get your permission
for clinical trials.”

he granted his permission.

my visits to the house
of my childhood, during his rehabilitation
dovetailed
with the presidential election of 1992.

“you both need to vote for Clinton!
the last twelve years have been
a disaster!”

“Clinton is a phony. we are voting for Perot.”

“do you seriously
think a billionaire
has the best interests of the people
at the forefront of his policies?”

“yes. we need a businessman
to run the country like a business;
with responsibility, with accountability.”

i was arguing Presidential Politics
with my step-father,
as he endured radical radiation
treatments.

when our friends arrived at my parents house
to hang out as my high school rock band practiced,
they were greeted by my mother,
taking off the headphones i had purchased for
two of them,
as well as a small chalkboard
they could write messages to each other,
in an effort to not completely
interrupt
their lives.

“i just think they are adorable! i hope i end up
watching TV with my partner and a chalkboard.”

the band checked in to the motel
in Lancaster, Pennsylvania.

before i left town, my mother
called me and asked
that i call my step-father
on the Friday night
we were due to arrive in Lancaster.
the band had two shows that weekend.

she had her doubts about him being
alive by the time i returned.